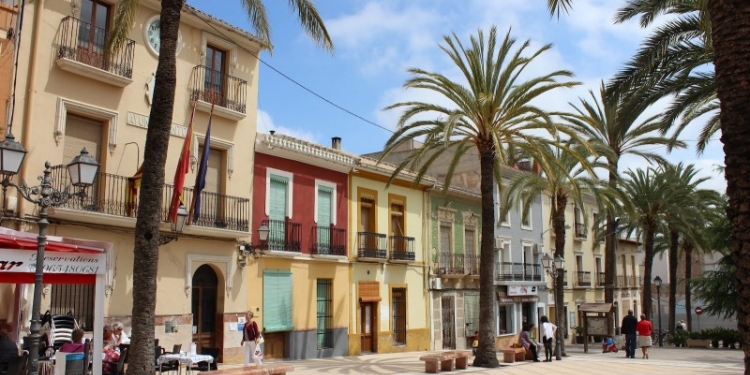 Hondon de Las Nieves literally means 'Gorge of the Snow' but not after the weather. It is named for the village’s loyalty to their patron "The Virgin of the Snow". This effigy and the church is at the heart of village life, the 'Virgin' has her own fiesta dedicated to her.

Until 1707, Hondon de los Frailes belonged to the Government of Orihuela. In 1840 the town segregated from Redován, joining the town of Hondon de las Nieves, and remained attached to it until 1926.

The Hondon Valley is well known for its Grape Vines and is sometimes called ‘The Valley of the Vines’.

The economy relies heavily on the agricultural industry in this very fertile valley. Grapes, almonds and olives are mainly grown here. Surrounded by an expanse mountain views (Crevillente Sierras) this rural area is known as the District of Vinalopo; a name often seen on Spanish wine. The other dominant industry has been Construction with many limestone quarries servicing the Costa Blanca building trade with cement products.

The Hondon Valley enjoys over 300 days of sunshine and pleasant breezes. Summers are very hot whilst winters quite mild. The Hondon Valley is a peaceful and tranquil area, and the pace of life slow.

See below to view a selection of our bargain properties in the Hondon Valley.