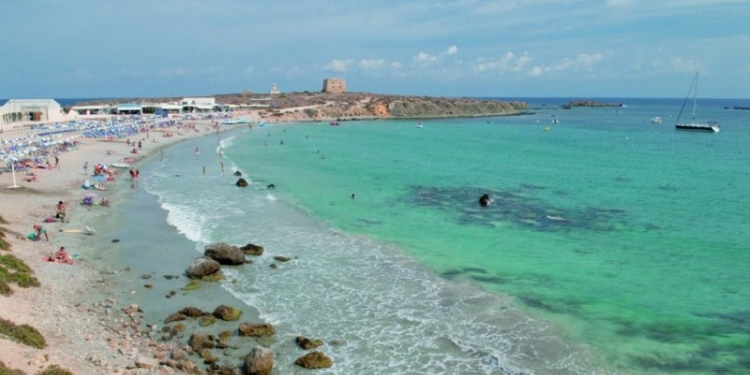 Tabarca a Mediterranean paradise is an island close to the town of Santa Pola, Valencia community, Spain. Tabarca is the only inhabited island in Valencia community and it is currently known for its marine reserve. That is why thousands of tourists arrive each summer attracted by its proximity and ease of access from Alicante or Santa Pola.

Before 1700, the island was known as Illa de Sant Pau ('Saint Paul's Island') or Illa Plana ('Flat Island'), believed to be the island that St. Paul disembarked on. The island was also a haven for Barbary pirates up to the end of the 18th century.

In 1760, Charles III of Spain ordered the fortification and repopulation of the Spanish island. A group of Genoese sailors shipwrecked near the coast of Tunisia, mostly coming from the island off Tunisian Tabarka, were rescued and settled here. The island was renamed Nova Tabarca ("New Tabarca" in both Catalan and Latin).

The gateways are still visible and so are the Governor's House (currently a hotel) and the church of St Peter and St Paul, concluded in 1779. In 1850 the governor and the garrison were removed. At the end of the 19th century, the island had a population of around 1,000 people mainly dedicated to fishing with traps.

Blue-green clear waters surrounding the island of Tabarca, the boat that takes visitors to Tabarca leaves them at the foot of the wall where a small arch leads to the village with its newly paved streets. During the summer, tourists make it impossible to enjoy the essence of the island. But by nightfall, or better yet, on a sunny afternoon in autumn or winter, Tabarca is transformed into a magical place.

th its quiet fishing village offering an old fort, several fresh seafood restaurants, a rocky beach with clear turquoise water, several coves and tidal pools ideal for bathing, no wonder this tiny island has become a haven for artists and bohemians and a popular tourist destination.

See below to view a selection of our bargain properties near Tabarca.